How do the Chinese celebrate Christmas?

Well, they go to work or school as usual. Some might wear a Santa hat and others might give a small gift or attend a Christmas Eve event somewhere around the city. Some lucky souls get the day off if they work for a foreign company or Western consulate.

Christmas really is an excuse for the marketers to sharpen their knives and target the growing middle class with their disposable income. 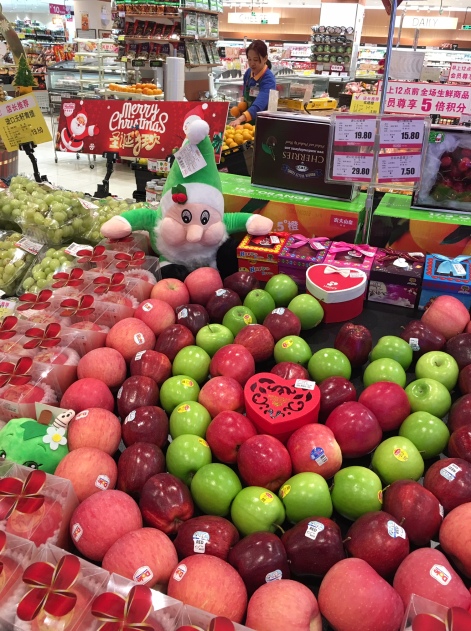 How do Chinese kids regard Christmas?

“Western Countries have Christmas because China has the Chinese New Year.”

“Our teacher says we’re not allowed to celebrate Christmas because it’s a Western festival!”

“I hate Christmas because it’s not a Chinese holiday”

A matter of religion

As foreign guests in China, we’re not allowed to discuss (or promulgate) political views or religion. It’s a little difficult to discuss the matter of Jesus with the students.

“KJ, can you tell us a little bit more about Jesus?”  A child might ask.

“Um, er, perhaps you’d better ask your parents. They will probably be able to explain things better” I answer.

Play them some music instead 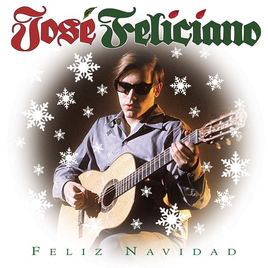 “Feliz Navidad” (Jose Feliciano) is a popular song to teach. Students have trouble with the second line but then most Westerners do too. Go on – can you tell me what comes after Feliz Navidad?  Prospero…

Michael Buble does a fine version of “Santa Claus is Coming to Town”. The horn section enters suddenly within the first minute – guaranteed to wake any sleepers. Justin Bieber’s version is also surprisingly catchy.

How has Christmas changed in China over the years?

In 2000, I lived out in the sticks somewhere in Hubei province. There was little evidence that Christmas even existed. The kindly Education Bureau put on a lavish Christmas Eve party for about ten westerners living in the city. We ate great Chinese food. The section chief wandered over to our table and wished us a “Merry Crimmus!”

The next day we bought a couple of live chickens from the local market and invited them for dinner.

In Guangzhou, we had about three Christmases with members of the Australian Consulate. This was great fun as there was always good shiraz at these parties. The carpet was white. The stains took an age to remove!

A Cockney mate hosted us at his place for a number of years. We played Monopoly and listened to Paul McCartney’s “Wonderful Christmastime” (repeatedly). In 2008, we even got served Brussels Sprouts!  Can you imagine the excitement?

In 2011, inside a 4-star American hotel restaurant, the food was as cardboard as the surroundings. It appeared to cater to young Chinese lovers who treated Christmas as a romantic occasion.

A party was held in an old colonial-style villa (2013). The food was exceptional that year but the highlight was the old Chinese lady that danced voraciously to “Gangnam Style”.

We’ve had Christmas at our apartment the past couple of years. Stragglers of all shapes and sizes have appeared. You can order a turkey from a number of places and even get cranberry sauce to go with it. Plum pudding is still a trifle (ho ho – a pun!) difficult to find as is dry bubbly. However, it’s almost as good as being at home.

And, Guangzhou’s weather is always good on December 25th.

Some supermarkets sell every product Christmassy. You’ll pay for it though. Most supermarkets cater to the local market and sell chocolates and fruit. Yawn.

So from all of us here – the accountants, cleaners, marketers, publicists, rabbits, and writers – we’d like to wish you all a very Merry Lifeinlifts Christmas!

Oh yes – there’s a free chocolate fish if you can tell me the second line of Feliz Navidad!  I know it – but do you?