The following blog entry was written three weeks ago – before the whole world went crazy.

Hello from the land of beautiful isolation. 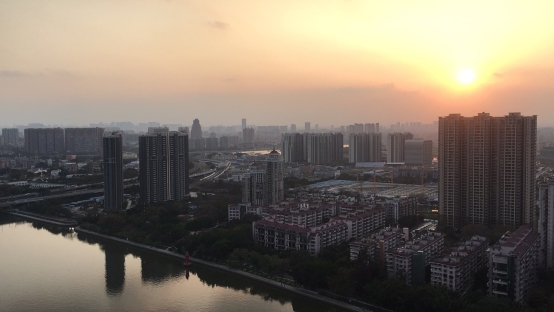 I don’t suppose they let kids live on fishing vessels.

I’ve often wondered what my temperature is but now I have the luxury of getting it checked three to four times within an hour. During a trip to the supermarket (once at the entrance to the mall, once when entering the supermarket, and again when returning to my compound). I was 35.3 degrees upstairs and 36.0 degrees five minutes later in the local Starbucks.

We had been enjoying a two week holiday in New Zealand when Covid-19 struck. I’d hardly cried at the opportunity to spend another 14 days in the shaky isles. We swam in lakes and oceans, enjoyed geothermal hotpools and I’d even sampled Kerosene Creek. It took days to get the rusty smell off my shorts.

What about our jobs in China?  Would we get paid any time soon?  Would the jobs still be there?  These thoughts played out in the background on our visits to tourist sites around the North Island.

There was the Spider House – a motel unit in Rotorua that had spiders in every room. It terrified the girls and they were happy to leave (we’d picked it especially for them as it had a pool and trampoline). A holiday park with large dinosaurs in every nook and cranny and a lovely but overcrowded pool. We stayed three nights in a Tauranga motel boasting unaltered 1970s interior design.

The news was coming in thick and fast about China’s coronavirus. This has got to affect the sharemarket I thought. Then I had a coffee and promptly forgot about the sharemarket. Bugger.

Everyone eventually tires of living out of a suitcase. It was time to return to China.

Not wanting to sound like a snob here, but I rarely regard airport cleaners and security guards with envy. These must be trying jobs at the best of times, but as I stood near the check-in counters at Auckland International Airport, I actually wished I could go home with them. They got to stay in New Zealand!

We arrived in Singapore to a mix of masks and mugs (exposed faces). Our flight to Guangzhou was the emptiest I’d seen it in years. Even more than the early 2000s before China got rich. Every passenger was masked up. I’d never worn one before and it was irritating. The coronavirus (now named Covid-19) was beginning to feel very real.

Fancy getting a whole row to myself. 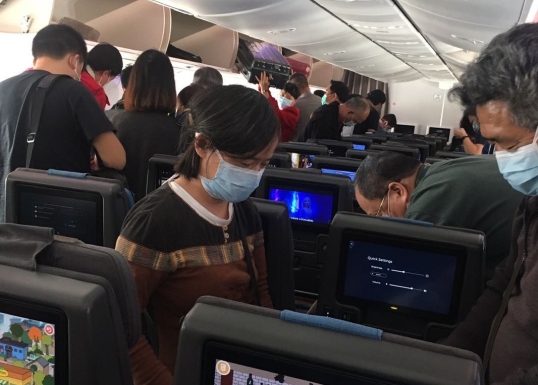 This good fortune had a flip side – at arrival when the men in Ghostbuster / Astronaut suits (Officials? Doctors?) boarded the plane. Someone seated three rows behind me had a fever. This resulted in passengers in rows 52 (me) to 59 getting taken off the plane to a separate area for processing. My family sat in row 51 and thus we were separated. I’d never seen such a large airport this empty. What had once been re nao (Chinese for lively) was like a hospital ward in the early hours of the morning. The tiled floors and white walls didn’t help the ambience.

There was a lot of passport checking and photocopying (the trees screamed out in pain at the amount of paper wasted). And jetlag. Fortunately, my family and I were reunited an hour later.

Life in the City

The streets were deserted and all (but two) exits to our compound were wired shut. Checkpoints were set up at parks and other public places. From a speaker, a recorded female voice warmly reminded citizens to wash hands thoroughly, avoid crowds, and exercise regularly. 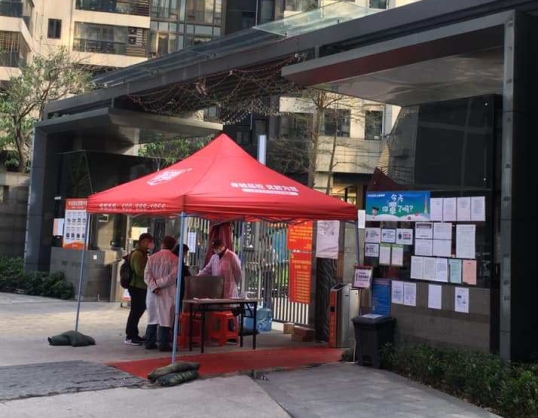 Security guards stood ready with electronic thermometers. The supermarket seemed pretty well-stocked. Plenty of fruit, vegetables, and toilet paper. Not the massive shortages witnessed in some parts of the country. There were fewer dairy products than before, so I bought a block of Irish cheese just in case.

School eventually returned, albeit via the iPad. Kids took this as an opportunity to send rude emojis to each other during the lessons. To say that there were teething problems would be a bit of an understatement. I’ve had to keep our four year old away from the “classroom.”  This has become a fulltime job.

We’re getting used to this sort of life. China is slowly getting back on its feet again while the rest of the world seems to have caught the Covid-19 bug. Miss K lies on her bed half asleep while the math teacher speaks animately through the iPad. I’ll take a walk, the same one I always take and see more vehicles and people than yesterday. No one knows when school will start again.

We’re thinking of New Zealand – a country that has just gone into total lockdown for four weeks. And, we will think of those globally in a much worse situation than ours. Keep strong. We will pull through!