Here’s a little collection of oddities for your weekend. Something to take your mind off the Christmas rush. These are events that may occur to anyone foreign-looking in China during a typical week. It’s never a dull moment.

This is a rather nasty little Cantonese term which translates to foreign devil / ghost. The locals don’t usually mean any harm by it and there are times when it doesn’t really matter. But if you’re having a bad day and someone calls you Gweilo, you can muster up your best Cantonese rebuke and say:

There are times when you may wish you’d walked, or taken public transportation to a destination. Car parks are hard to come by in many cities – especially one with over 14 million people. An attendant will direct you to a narrow spot in the corner. Sometimes you might need to reverse around corners and over humps, bumps, and curbs to successfully park your vehicle.

One young fellow assisted me to a park and proceeded to give instructions (despite my car having side cameras).  Fully aware of his value, he placed one arm inside my open passenger window and helped himself to a pre-lesson banana.

He wondered off grinning at my open-jawed expression. If a half-rotten banana can guarantee me a car park on Wednesdays then I’ll be bringing him a bunch of Dole’s finest next week.

Shout, Shout, Let it All Out

A good friend of mine was inside a university campus waiting for his lesson to begin. He was on the phone to his father back in Canada. He heard some shouting in really bad English and turned around to see what the kerfuffle was all about. Lo and behold, a man was addressing him in very loud, aggressive English:

He took off down the road trying to avoid the rambunctious character who was drawing attention from onlookers and passersby. My friend’s father was growing concerned:

“Are you alright son?”

Their conversation was further interrupted: “Hey, you!  You speak England?  Hey!”

“Yes Dad,” he answered calmly “this is a very regular occurrence in China.”

A lesson finished and we piled back into the lift. One mother was carrying a strange bowl of something.

“They’re duck tongues” she said. “Would you like to try one?”  She seemed pretty insistent. Was she trying to shock?  I obliged her and tried one. 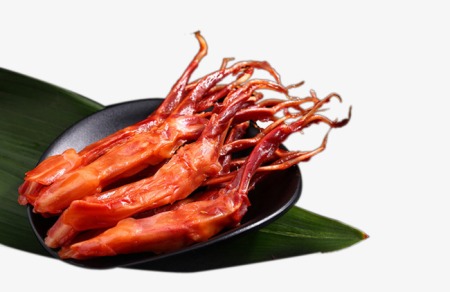 They were rather stringy but had quite a good, gamey, flavour. If you’re interested in importing duck tongues to your local market, let me know on:

Eddy is a four year old. He learns English with the big kids (the five and six year olds). His name used to be spelt Eddie but his father hated the last three letters and its reference to death. Eddy regularly makes baby sounds during class and has a penchant for wiggling his bottom at others. He has stated a taste for dog sh*t (his words, not mine) when the class was asked to name their favourite foods. He outdid himself on Monday night with a lunge towards a rather full rubbish bin (trash can). Not content to merely touch, he proceeded to lick the bin’s rim and squeal in delight.

What is there to do but shake one’s head.

Due to the large number of queries about Rachel Rabbit’s health, we can confirm that she is still alive and well in Guangzhou city. This writer was approached by family members seeking permission to “do the deed” and rub out Rachel in time for Christmas dinner. It took one look into her hopeful eyes to decide that the execution would be delayed. Well,  until the next time she misbehaves…..

I hope you enjoyed this little collection of snippets from southern China. Please leave a message below or spread the love and share this site.

Many thanks for reading!