“For the fragrance we’re blessing, to the world we show our affection,

We’ve got “two sessions”, let me show you Chinese manners” 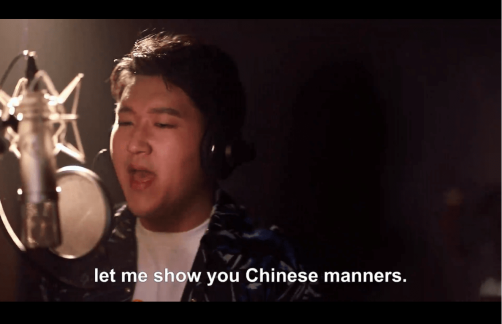 He is China’s version of Eminem. I hadn’t heard of him before, but then I wouldn’t know many famous Chinese stars. Of course there’s Bruce Lee and Jackie Chan, known as much for their martial arts as their acting skills. The former was actually an American citizen. Perhaps he (Su Han) isn’t famous.

I’m not sure Su Han has sold many records or what is status is here. He has been ridiculed on other sites for fronting a clumsy attempt (by you-know-who-I-am-not-at-liberty-to-say) to connect with younger listeners.

A chance to spice up what might otherwise be a very dry event.

The “Two Sessions” meetings Mr. Su refers to are the meetings of the highest levels of Chinese government (the rap sounding NPC and CCPCP) every March. These were covered in my previous blog: The Top 5 Reasons Guangzhou Rocks in March.

The backing track is apparently 11 years out of date but I don’t know – perhaps hip-hop circa 2008 was actually better than the current crop of rap artists. Let’s give Su Han a chance. It’s easy to mock earnest young men who give their heart and soul to a cause, rightly or wrongly, that they appear to believe in.

The song starts off impressively – dramatic and tense (the music video couples this with propaganda shots of a very clean looking Beijing) as the artist shares his elation at the chance to write a “compliment song“. There isn’t a lot of positivity in the rap game so we’ll give him a tick for trying. 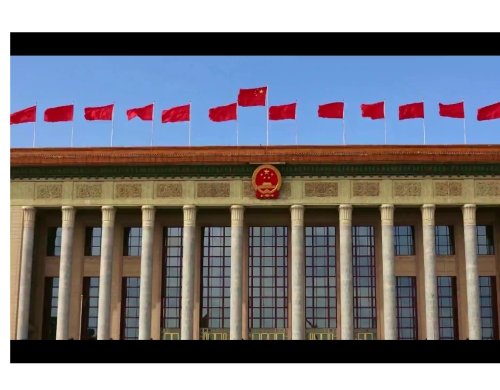 He picks up the tempo and masters the English language like a boss, getting his tongue around some tricky long-windedness before the song climaxes rather prematurely at the 35-second mark. It’s here that Mr. Su looks begins to look like a very lost 12 year old boy.

The lyrics cover a range of topics highlighting China’s achievements in recent times and there have been many. Landing on the Moon’s dark side, technological improvements like subway lighting (?), satellites, and the Jiaolong submersible vehicle that scaled the depths of the Mariana Trench. He also references more controversial topics such as the cloning of monkeys. That isn’t nearly as bad as the singalong chorus line. A deflating moment after a promising start.

“We’ve got our two sessions…”

He regains composure and momentum with a verse on education. He manages to include a Star Wars reference. Hmmm, Skywalker? Poverty is asked to leave his nation’s borders amidst a visual backdrop of lush green countryside and smiling peasants.

Then that bloody chorus line again.

The lyrics become more absurd. A Kiwi friend of mine suggested that a middle school chatbox program had been employed to help with some of the verses. Check out the screenshot below:

And the Popeye moment… 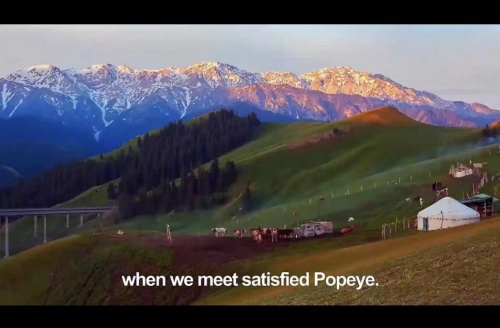 A day has passed since I wrote the above. It turns out that Mr. Su is a very able singer and even participated in the Sing! China TV show. He is also a doctoral student at the prestigious Tsinghua University. He is using artificial intelligence to compose music. Not only is he artistically talented and fluent in English, but he is also a biomechanical brainbox!

The song is a weird embarrassment. Forgettable even – if not for the lyrics. Su Han comes across as a bit of a buffoon to the uninitiated. Score: 4/10

You can watch the video here

A peculiar thing happened on the way back home this morning. The chorus from a song came into my head and has been stuck there ever since. Which song? Yes, Two Sessions!

The song is still very much alive and well in my head as the blog goes to air. There’s so much good new music out there and yet I’m being reminded of the “Two Sessions.”

Maybe the joke is on me.