School is out in China. The summer holidays have begun. This means no more homework, parent-teacher meetings, or tantrums. No more early morning starts, no more crowded lift (elevator) rides to the first floor. No more Mrs. Pigeonface.

We’ll be somewhere in the Pacific Northwest, maybe a cafe in Portland or the Boeing Museum in Seattle, and my eyes will tear up at the thought of all that we’re missing… until September 1 that is. Six weeks without these colourful walks to school. Sniff.

The daily walk to school is an exercise in people-watching. The armchair sociologist’s wet dream. Here are some of the things I’ll miss.

This fellow sells belts outside the school every second Friday. Dressed in camo pants and military haircut he hectors us about the foolishness of missing out on a deal. “Come buy your belts now or you’ll miss out!”  He’s back again with the same product line a fortnight later.  Even my nine year old daughter can see through his sophisticated marketing strategy.

The Bitchfaced Princess (BFP) takes her son to school at the same every day. She is 30-something and in very good shape. Pity about the permanent scowl she wears. The wind must have changed during a particularly bad moment in time. She sees me coming and looks the other way!

This guy rocks. Not many males here would have the bravery to wear a rainbow coloured polo shirt with earring and necklace in China?  His look is ever-changing but his designer (grey) hair remains timeless.

This old codger takes his rebellious grandson to school every day. He once called me a foreign devil!  Don’t worry about me mate, fix your grandson’s ill-fitting uniform first.

GG Bond is a Chinese cartoon superhero. Piggish in nature, he has a loyal following of about 200 million kids. GG Bond is a nickname for a piggish-looking motorscooting parent who glares at me most mornings. Never a smile, never a hello – just an unfriendly glare with a pair of GG Bondish eyes! 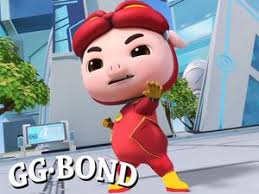 I never thought this Afrikaans slang/saying would make its way to the blog. It translates into “take a sh*t in the fields”. This little boy didn’t quite get as far as the fields. He was spotted fertilising our gardens one morning on my way home from school.

There was a public toilet right behind him.

It smells as good as it looks.

If there’s a road – we’ll dig it up. We’ll also block commuters from getting to work. 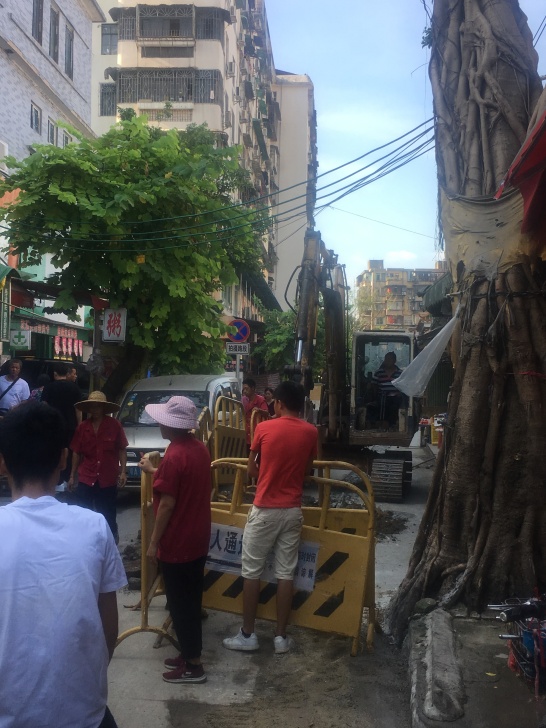 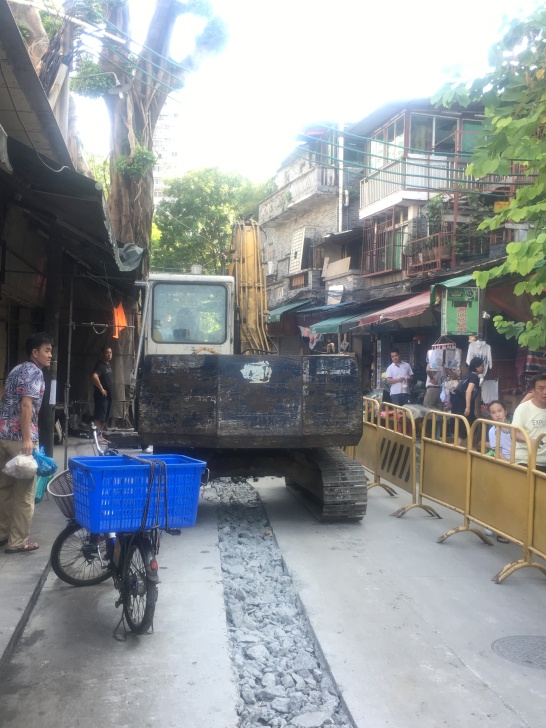 This caused quite an alarm

Until we realised it was just a drill. Pity there weren’t signs posted outside informing the small crowd of horrified passersby.

As we take in the sights of the Vancouver waterfront and natural beauty of British Columbia, I’ll pause for a second and think of…

And realise that while those North American places are stunningly beautiful, they’ll never match the Liwan District of Guangzhou for re nao (liveliness) and luan (chaos).

There’s never a dull moment. Enjoy your summer holiday (unless you live in the southern hemisphere and are enduring a bleak and nasty winter).

2 thoughts on “Walking to School in China – What’s it Like?”